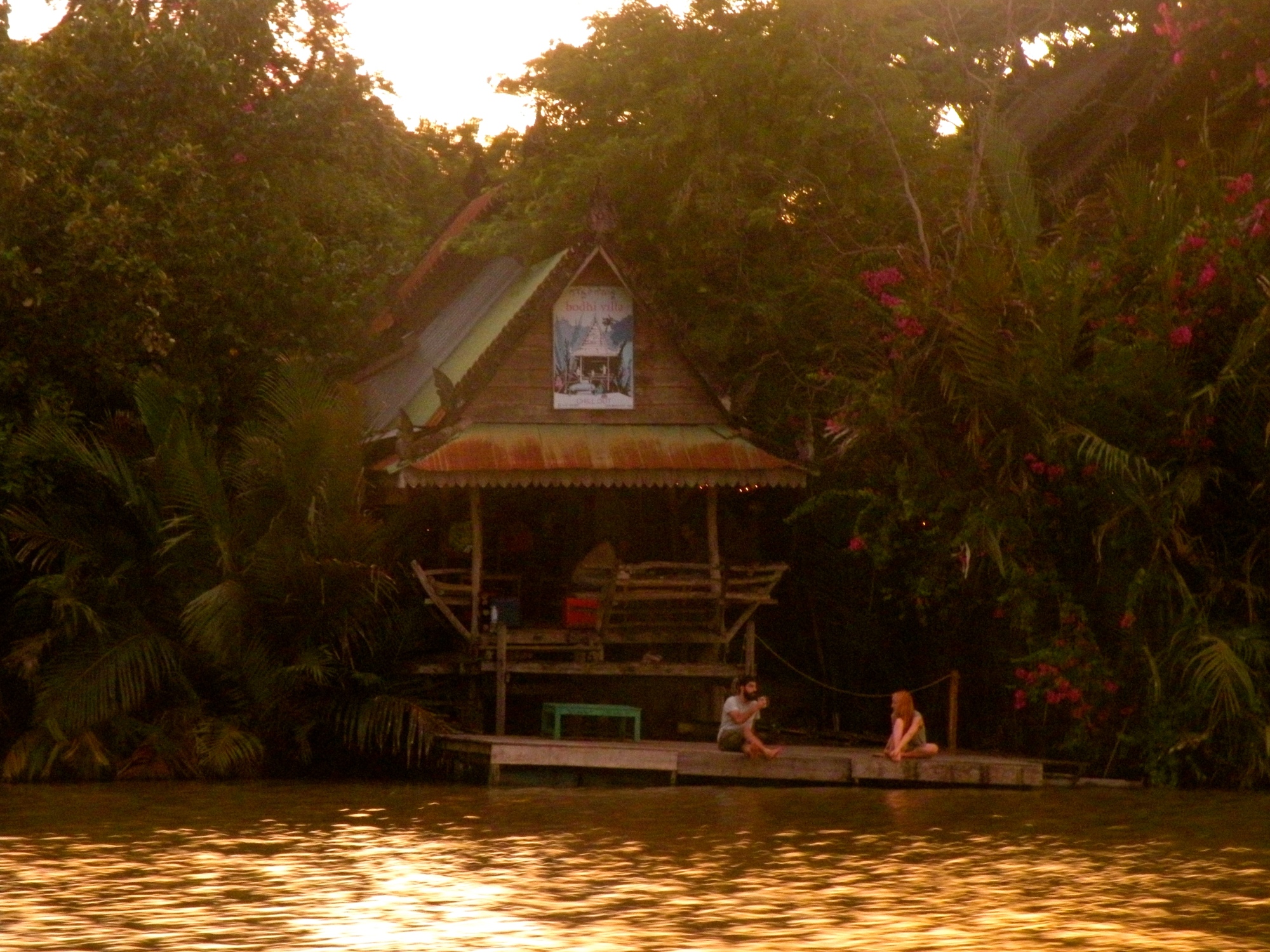 Among us was a man who grew up studying under Buddhist monks in Cambodia, a man who spent five years studying in India, a British boy who flicked cigarettes in the river every couple minutes, and myself.

Despite our differences, we realized we may not be all that different.

After he finally agreed to stop littering in our river, and asked for a quick overview of the Khmer Rouge (update: just yesterday they have finally put the two senior most leaders on trial), ‘Brit’ made a brief comment along the lines of “wow you’re so happy after experiencing so much hardship. Too bad we can’t all be more like Cambodians.”

Slowly, one of the Cambodians turned and simply said:

We’re all people. You’re happy then you’re sad. It’s black and white. I never believed that but now I do. We’re all human… If you were happy all the time you’d wonder what else there was. I’m just a Cambodian boy.

The third then added:

But he’s right… We’re really all the same in the end. Where did people come from? Was it a giant mango tree? How did we all branch off and become so different? Sprouting in different seasons, taking on new colors, adapting to new climates…are we all just mango?