After it became urgently clear that we were not going to wake up at 5am to hike 14,000 feet like we had hoped, we needed to change our plans. Out came the maps and magazines and googling devices all over the living room floor. Despite lists and lists of top hikes, waterfalls, ranches, and restaurants… we settled on a ghost town three hours from Denver. Commence our one-day road trip and a list of things you would not expect two adult women to do on a day together:

1.Buy children’s jewelry at a Western street fair, after being approached by the free Bible-handout-men, and before running into a live (mock) Old West gunfight. 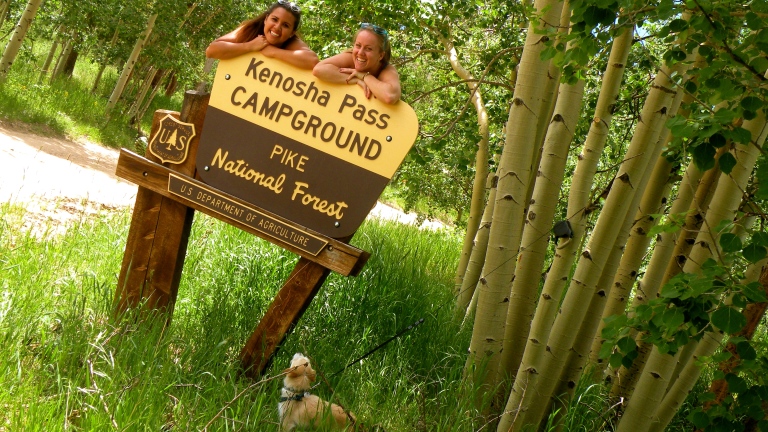 2. Try hiking the Colorado Trail until the mosquitos get to you so much that you run back down the trail like little puppies (and kind of like the lazy little puppy that one of you has to carry all the way down).

4. Picture yourself actually living in “the cutest house ever” in America’s best preserved ghost town… until you remember that it is a ghost town, abandoned since 1987, and currently has only three full-time residents.

4. Spend $1 and five minutes on an ice cream for ourselves, but $2 and thirty minutes on food to feed chipmunks out of our hands.